Knights of Malta, the champions of Christian Europe 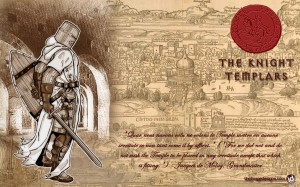 In the winter of 1522, order of johns was expelled from their native territory, the Rhodos island, by an Ottoman army. More than 40 years after the event, Suleyman the Great sent a fleet against their new locations, the shabby island of Malta. Again, johns were forced to fight for survival in the Mediterranean.

On the morning of June 23, 1565, thousands of Ottoman pounce the fortress of St. Elmo on next main port of Malta. Behind the walls were waiting 1,500 warriors of Johns order. They were under siege for more than a month, constantly bombarded and with lack of supplies.

They were hopeless against Ottoman plague that within a few hours managed to kill all but nine intrepid who managed to swim to the fortress of St.. Angelo, the other side of the harbor. Several knights were killed crucified on trunks that were activating the port intrance. The defenders of the fortress of St. Angelo responded to the challenge by decapitating prisoners and loading cannons with heads that were fired to the Ottoman camp. END_OF_DOCUMENT_TOKEN_TO_BE_REPLACED